Batabatacha is a tea with an unique tradition dating back to before the 15th century. Loved by the people in the town of Asahimachi Birudan of Toyama Prefecture, it is a fermented tea similar to Chinese pu-erh tea, and is traditionally drunk whisked and foamed with a pinch of salt.

The earliest known record of this tea comes from a visit by Rennyo, the 8th head priest of Jodo Shinshu sect of Buddhism, in 1472 where he noted that the locals were combining this tea with rice and alcohol into a single dish that was eaten/drunk. Production however had died out by the 1970s, and the people of Birudan in Asahi Village were buying their dark tea from tea farmer Hideo Shimizu in Mihama Village, Fukui Prefecture.

In 1975, the aging Shimizu-san had decided to stop production, and Akinobu Hagiwara of Kosugi Village, Toyama learned the process, taking over production for the people of Birudan. In the 1980s, the Village of Birudan itself together made an effort to learn production from Hagiwara-san to ensure the tradition was not lost, and established fields in the village in the 1990s. With the help of Kagawa University Professor Kinjiro Miyagawa, the village improved the quality of the leaves, and now production has become a community project led by the local chambers of commerce.

The third flush in July - August is the harvesting season for tea leaves used in making batabatacha. Tea leaves are picked by the branch, and are chopped up before steaming until the color becomes yellowish-brown. Steaming process stops the function of enzymes. (This step allows the tea to be classified as green tea. Without this step, the enzymes would oxidize the the leaves turning it into an oolong or black tea, though there are other steps in making oolong and black teas to consider.)

After drying the tea for half-day, it is placed in a wooden box for fermentation (this step would allow the leaf to be classified as a dark tea). When the leaves have reached about 65-70 degrees Celsius, they are laid out in rooms and turned every 2-3 days for 3-4 weeks. They are then taken outside and dried in the shade for half a day, before drying in the sun for 2-3 days.

In this particular region of Toyama Prefecture, batabatacha is served at various events such as a gathering for ancestor's commemoration or when introducing the bride after the wedding ceremony. As a type of 'tea party' held among family, close relatives and friends, the serving of this tea is ceremonial, but casual at the same time. Brewed tea is poured in a tea bowl to be whisked until it creates a foam. People in the town also drink unwhisked batabatacha with their everyday meal.

We have not tested batabatacha for vitamin B12 ourselves, but this study claims that the tea contains a significant amount: '456 ± 39 ng per 100 g dry tea leaves and 2.0 ± 0.3 ng per 100 mL of tea drink'. The study conducted testing on rats concluding that 'the vitamin B12 found in the fermented black tea is bioavailable in mammals.'

A PDF report of this study is also available here: Hiromi Kittaka-Katsura, Fumio Watanabe, and Yoshihisa Nakano. 'Occurrence of Vitamin B12 in Green, Blue, Red, and Black Tea Leaves.' Journal of Nutritional Science and Vitaminology. 2004, 50, pp 438-40.

We would appreciate comments from nutritionists, food scientists, etc. to help understand the above.

Traditionally, you would boil about 20g of leaves in a large kettle for an hour. Then adding a pinch of salt, you whisk the batabatacha with a special whisk for up to five minutes.

Alternatively, we recommend as a lighter more standard tea, using 5 grams and steeping in 200-400 ml of hot water for about 5 minutes.

Bancha Specialty Shop Furyu was established in 2010 by aspiring tea master Nobuhiko Ikematsu, who works directly with farmers in Kurume City, Fukuoka, to develop delicious bancha teas. He is also a specialist gathering rare bancha teas from around Japan.

Customer Reviews
Add a review
4.0 out of 5
12 reviews
5 stars 6
4 stars 4
3 stars 0
2 stars 0
1 star 2
Sort: Most Recent Most Recent Highest Rating Lowest Rating With Photos Most Helpful
Hmm...you don't seem to have purchased this product yet to be able to leave a review.
You have already reviewed this product. If you would like to edit your existing review then please contact us directly.
Something went wrong! Please try again!
K
Kim J. Verified Buyer
Feb 17, 2021
I strongly disagree with the two 1-star reviews. Now, I've never actually tasted the inside of a moldy, wet, old sneaker, so I don't know what that tastes like. But moldy, wet, old... view more sneakers have a characteristic smell that I recognise in neither the fragrance nor the flavor of this tea. Admittedly, I haven't tasted dry wood either, but this tea has a nice earthy taste that reminds me of the cozy smell of the interior of a warm wooden cabin with a nice fireplace going.

I followed the brewing instructions on the packaging, except I used 4-5g of tea leaves instead of 2.5g. Now, the brown leaves themselves do not look appetizing, as they look like old withered autumn leaves raked up on a wet November day. However, the leaves give the liquor a really beautiful dark reddish brown color after 10 minutes of steeping. The flavor is mild and soft with earthy notes and notes of dry wood and, what's really interesting, there is also a sweet aftertaste slightly reminiscent of stevia, but much milder and pleasant.

Personally, I think this is a very delicious tea. While a dark tea, it strikes me as completely distinct from Chinese pu-erh. Don't get me wrong, I love pu-erh, but I really appreciate how different and mild batabatacha is. Also, whisking up a froth is fun. view less
0
S
Sarah C.
Nov 28, 2018
I'll have to agree with the other 1 star review here. What little taste there is.... tastes like the inside of a moldy, wet, old sneaker.
2
M
Marc W. Verified Buyer
Oct 18, 2018
Don't be lured by the "rare" and for "ceremonial occasions" I've been drinking tea for 30+ years. This was the biggest disappointment of any tea EVER bought. If it's rare it's beca... view moreuse most growers must realize how BAD it is and stopped growing it!! Where the description states "Steaming process stops the function of enzymes. (This step allows the tea to be classified as green tea.)" I took it to be at least somewhat similar to a "GREEN TEA". Hogwash. It is anything BUT. I found the flavor to be exceptionally weak even when precisely following the steeping instructions. And not only the instructions found on here but with multiple searches on several websites AND YouTube videos. In fact on the last attempt to brew something of a even remotely decent cup of tea I more than doubled the amount of tea leaves. I might as well have flushed my money down a toilet. Which is exactly where this tea is headed. view less
0
K
Katherine A. Verified Buyer
Jun 19, 2018
This was a surprisingly mild tea with a nice earthy flavor.
0 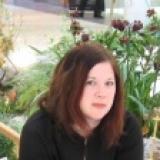 Heather P. Verified Buyer
Nov 4, 2017
This reminded me very much of an earthy puerh. It's especially nice when whisked because the froth lends it a creamy texture. My whisking game has improved and I found that a littl... view moree salt brings out a smoother froth.

You can read my full review here: www.hanamichiflowerpath.com/2016/12/tea-review-batabatacha-yunomifuryu.html view less