3rd generation tea farmer and producer Shigehiro Okada presents Nagomi - his most premium fukamushicha, or deep steamed green tea, grown according to the principles of the agricultural philosophy, Natural Farming.

The Okada Tea Farm is also a producer that nurtures other farmers interested in Natural Farming, buying and refining their tea leaves for commercial sale. This tea comes from one of their oldest students and partners, farmer Tatsushi Kishi.

The Natural Farming method was first proposed in 1935 by Mokichi Okada in Japan who drew inspiration for this agricultural philosophy by placing importance on the health and well-being of the people. It is a farming method which relies on the vitality of the living soil, without the use and reliance of pesticides and chemical fertilizers. Instead, fertilizer is often produced from dead grass (similar to the concept of compost) and is returned to the fields to produce healthy crops.

The Okada Tea Farm produces organic tea in Shizuoka and has been practicing cultivation with the Natural Farming (自然農法; Shizen Nouhou in Japanese) philosophy for over 50 years.

The family farm and business began with Eiichi Okada, who took up tea farming in hopes of offering a safe and healthy tea that people could drink without fear of harmful toxins. Applying the Natural Farming philosophy to tea farming was not easy, and it took many years of experimentation and field development before he could create viable tea products.

As a successful farm, the Okada Tea Farm operates their own processing factory and has the production capacity to aggregate tea from other farms. They have been proactive in developing and nurturing other tea producers who wish to specialize in the Natural Farming method. Among these farmers is Tatsushi Kishi, who has been collaborating with Okada Tea Farm for many years and sells 80% of Kishi-san's aracha or unrefined tea leaves are sold to Okada Tea Farm.

Customer Reviews
Add a review
5.0 out of 5
4 reviews
5 stars 4
4 stars 0
3 stars 0
2 stars 0
1 star 0
Sort: Most Recent Most Recent Highest Rating Lowest Rating With Photos Most Helpful
Hmm...you don't seem to have purchased this product yet to be able to leave a review.
You have already reviewed this product. If you would like to edit your existing review then please contact us directly.
Something went wrong! Please try again!
T
Tobias Z. Verified Buyer
Mar 15, 2021
Excellent fukamushicha with rich colour, and deep, syrupy flavour that reminded me a lot of stone fruit! Re-steeped it multiple times without any issues too. Would definitely repur... view morechase this tea soon. view less
1
G
Gregory W. Verified Buyer
Feb 12, 2021
This is a superlative tea, with an intense and enduring flavor. There are notes of nutmeg, brown sugar (just the flavor, of course, not the sweetness), and ripe wheat. I steep as... view more directed, at 158 for about 30 seconds. It offers the bonus of an excellent second steep at 165-167 degrees for 30 seconds. I even enjoy a third steep at 172-175 degrees. This is a tea to give your full attention to, to savor. view less
1 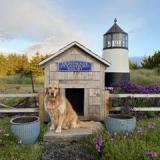 Grace K. Verified Buyer
Dec 12, 2020
Like the previous reviewer, I was impressed that this tea is cultivated using pesticide-free natural methods, a difficult task no doubt. The initial steeping has an umami that is d... view moreelicate but delicious. The second and third steepings are deep and complex, rounded and rich with flavor. I highly recommend this tea. view less
1
C
Cristina Y.
Aug 12, 2020
This tea is a very sophisticated green tea. We are very pleased to know that it is cultivated with no chemical fertilizers or pesticides. The principles of the agricultural philos... view moreophy and natural farming as the Okada Tea Farm presents are something we truly appreciate!! Thank you "Yunomi" for offering such a special tea!! We will definitely by it again!! view less
3
Load more